REDMOND, Wash.--(BUSINESS WIRE)--Ed Fries, former vice president of Microsoft Game Studios, has partnered with gaming giant Blizzard Entertainment®, developer and publisher of World of Warcraft®, the industry-leading, massively multiplayer online role-playing game that hosts more than 9 million subscribers, and launched his latest endeavor, FigurePrints™, a premium service that allows World of Warcraft players to create 3D statues of the individual characters they play in the game.
“For the first time, we are taking this new technology and using it to bring objects out of a virtual world and into the real world through 3D printing,” said Fries. “We are turning the actual characters that gamers play into something that is tangible and physical, no longer just online, and frankly we just think that is really cool.”
By partnering with Blizzard Entertainment, Fries is able to give World of Warcraft players the ability to bring their characters to life via the FigurePrints™ website, www.figureprints.com. The service will be available to the public today, December 11, and will cost $99.95 per figure.
“Some day these 3D printing machines will be in everyone’s home,” said Fries. “But up until now they were only accessible to a few people in large companies. FigurePrints™ gives everyone access to this technology for the first time. Eventually, this will have application far outside the gaming arena.”
Some of the first to take advantage of this exciting new technology are owners of the recently announced Dell XPS™ M1730 World of Warcraft® Edition notebook. Each system includes a “golden ticket” for the printing of a World of WarCraft® character at no charge.
About FigurePrints™
FigurePrints™, www.figureprints.com, is officially “launching” today, December 11, with this innovative 3D printing process available only to World of WarCraft® gamers. CEO and Founder Ed Fries is best known for his time at Microsoft Game Studios where under his leadership, Microsoft Games produced more than 100 innovative and influential games for both the Xbox and Windows platforms. Among the most notable: Halo, Age of Empires, Flight Simulator, Combat Flight Simulator, Rise of Nations, Zoo Tycoon, Mech Assault, Crimson Skies and Project Gotham Racing.
About Blizzard Entertainment, Inc.
Best known for blockbuster hits including World of Warcraft® and the Warcraft®, StarCraft®, and Diablo® series, Blizzard Entertainment, Inc. (www.blizzard.com), a division of Vivendi Games, is a premier developer and publisher of entertainment software renowned for creating some of the industry’s most critically acclaimed games. Blizzard Entertainment’s track record includes ten #1-selling games and multiple Game of the Year awards. The company’s online-gaming service, Battle.net®, is one of the largest in the world, with millions of active users.
Posted by Unknown No comments:

Thank you for your fast reply. I would sincerely appreciate more information regarding Animation / Game Development companies in the Philippines. I have many questions such as:

GD: Animation companies have been operating in the Phils since the 1980's. The animation Industry in the Phils is more than 25 yrs already. For registered companies under the Animation Council, its in the ACPI website. Under ACPI we have 40 companies and we have incoming new members next month. For the whole Philippines, the numbers would be around 70 - 80 companies serving different kinds of animation outputs.

There are local companies in the Phils wherein Disney, Warner Bros, Cartoon network, Studio B, Nelvana, Japanese anime shows are outsourced either as subcontractors, sister companies, satellite studio, partner studio or are involved in co-production ventures.


CC: What are Philippines animation companies looking for? Are they seeking projects or investments or joint ventures? Are they open to the idea of merging with other companies? I know in Malaysia, quite a few small companies after awhile usually merge together like 5 companies merge into 1 larger company in order to take on bigger projects. What is the view of Philippine business owners to such proposals? Are they open or close minded.

GD: The Philippines animation sector is always open to all kinds of business options in terms of outsourcing, co-productions, investments opportunities to grow the industry. Yes, the industry member studios are helping one another in sharing work/ projects with no fear of competition. We opted to be cooperative in our industry & help one another. In this way, our govt helps support the sector thru promotions, trade fairs, exhibits & conferences. No, the industry is not close minded to other options. We are wary of course of animators/ artists' exodus or recruitment of our animators of other foreign studios ( India , china directors coming in the country to have Filipinos work in their countries. )


CC: Sorry I have so many questions because I have not been to the Philippines before.

GD: You should visit here in Manila ! You will be very surprised of the progress of the country to date & the infrastructure here. Most of the 1st time foreign business people visiting here, usually end up investing in the country due to the magnitude of talent and the proficiency & flexibility of the people. Please contact ACPI should you be visiting so that we can tour you to some of the companies here.


CC: I have traveled to visit Universities & studios in Malaysia, Thailand & Indonesia. I know many of the companies & lecturers in those countries as well as from my own country, Singapore.

What about training in the Philippines? Where do your staff get their training? What scale & level are the schools at? Is there sufficient supply of training institutes & teachers? How many training centres are there in Manila or the other big cities? How does a sincere person wanting to learn 3D get access to training? Please provide me with more details.

GD: We have Universities offering a degree in 3d animation, multimedia & animation courses, we have specialized training centers teaching industry -based 2D, 3D, Flash and very soon game dev courses. We collaborate regionally ( provinces ) to access art schools & universities to teach animation or tweak their curriculum to give way to new industry based teachings & trends. We co-developed a curriculum with TESDA concerning animation so that it will be officially published, disseminated to art & fine arts schools all over the country. These efforts main purpose is to increase awareness in animation & to increase graduates of animation so that they can be hired in the industry.


CC: I value such knowledge as it helps me understand your situation & to gauge the potential opportunities that SIGGRAPH brings. Will a visit by myself to the Philippines benefit the industry? YES, maybe enlighten us more what siggraph can do for our industry / animation sector.

Will I be able to understand the situation better if I were to visit Manila? Can we arrange for regular trips by Singapore Companies to the Philippines?

GD: YES, coordinate with our executive director, Ms Avic Ilagan of any visits intended for the industry.

The ACM SIGGRAPH Singapore Chapter is a not for profit organization run by volunteers. 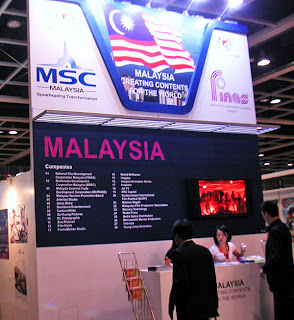 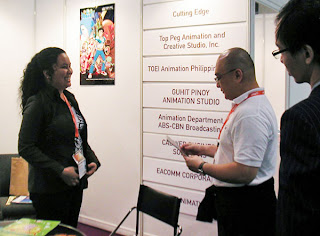 The ACM SIGGRAPH Singapore Chapter is a not for profit organization run by volunteers. http://singapore.siggraph.org/

Ia bertanya "Hmm, what is animation activist?" kepada Wahyu Aditya, atau "What do you think about art influence architecture or the other way around?" kepada Gustav, pemenang IYCEY untuk Design, dan "Wow, so many architect here!" kepada kita semua. Ia juga mencoba kursi hasil rancangan Leo Theosabrata. Brilliant! And very appreciative to all of us! 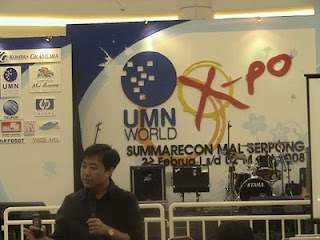 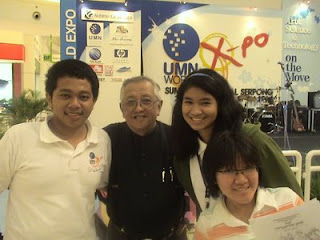 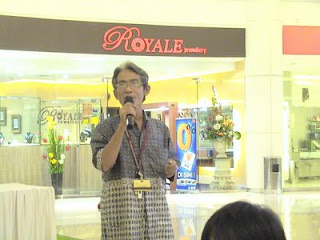