Investments in Indonesia is going crazy these days, everyone’s doing something with tech startups – sort of. These days, I’m seeing more fund being set up rather than high-quality startup launches, which proofs that everybody is trying to get a piece of the cake but the startups aren’t prepared yet, or the startups simply doesn’t need fund (less likely).

So, in this post I’m gonna give some overview info on the several tech investment funds being set up to invest in Indonesian startup companies, their background and portfolios. Hopefully this can give you guys a clear objective comparison on the investors currently active on looking and partnering with startups in a form of an incubator, business accelerator or venture capital.


East Ventures
The first investment company focusing on tech startups in Indonesia, based in Singapore but managed by 3 Indonesians : Batara Eto (ex Mixi.jp), Chandra and Willson Cuaca (XSago). They also have partners in Japan, I would guess most of their fund came from Japanese investors. East Ventures usually invest in early stage startups, and we’ve heard that each investment ranging from US$200-500k in exchange for 15-30% equity.
Check out their website
Portfolio : Tokopedia, Urbanesia, Disdus (sold to Groupon), Penn-Olson, TeknoUp, Scraplr, AppsFoundry, PriceArea, Nightspade.

GDP Ventures
A fund set up by Djarum Group focusing on larger and more mature tech, mobile and internet companies. They’re not interested in early stage startups, only profitable startups who need partner to scale the business. Currently, they only have one portfolio company and it’s probably one of the most high profile tech company in Indonesia, Kaskus.us.

Nusantara Ventures
A Singapore-based fund set up as a joint venture between several companies, with Indonesia’s Bakrie Group and IDG Ventures as the major stakeholder. Nusantara Ventures just launched this year although it began operating since last year and focusing on later-stage companies with plans to scale globally.
Check out their website

Nusantara Incubation Fund
A private investment firm set up by media magnate and technologist Anindya Bakrie of Bakrie & Brothers in conjunction with Bakrie Groups’ BtelVision2.0 plan. It’s an US$10 million fund and they only invest in early stage startups with valuations between US$1-5 million. Fund managed by Shinta Dhanuwardoyo, Hasan Yahya and Erik Meijer, and so far they haven’t announced any portfolio.
Check out their website

Bandung Ventures
It’s pretty obvious that these guys are focusing on investing Bandung-based startups, and that’s because they claim to have deep links with Bandung Institute of Technology who has been producing high quality engineers. Bandung Ventures is managed by Jeff Paine from Battle Ventures and Colin Gan.
Bandung Ventures makes seed-stage investments in the ecosystem of creative innovation in and from Bandung. They want first money in, and the typical investment size is US$1,000-10,000. They also plan to invest as part of a syndicate of angels and early stage funds. So far, no portfolio.
Check out their website

Ideosource
Founded by ex-Plasa.com CIO, Andi S Boediman and managed by several influential people in the tech, marketing, and telco industries in Indonesia. They’re a US$5 million fund with focus on seed investment and incubation programs for all their companies. They launched end of June 2011 and currently have event management startup, eEvent, under their umbrella.
Check out their website

Project Eden
Backed by Jardintech Capital, is run by some of the most influential people in Indonesia’s digital marketing scene and startuplokal community. Project Eden claims to be Indonesia’s first tech startup accelerator, but they haven’t announced any deals just yet.
Posted by Unknown No comments:


Once wary of online transactions, Indonesian consumers are quickly embracing the Internet for their shopping needs, and are beginning to catch up with their Asian neighbors, according to a survey released on Wednesday.

Nielsen Indonesia’s survey, conducted in March, found that 68 percent of Indonesia’s online population had shopped on the Internet at least once, an increase from 63 percent in the fourth quarter of last year and up from a mere 3 percent in 2008.

“The trend of online shopping is increasing over time, mainly caused by the improvement in the level of comfort when buying online and an increasing sense of security,” said Catherine Eddy, Nielsen’s director of consumer research.

That compares to 13 percent in Malaysia, 17 percent in Thailand and the Philippines and 32 percent in Vietnam.

“Indonesian consumers are similar to the other Southeast Asia nations of Malaysia, Phillipines, Thailand and Vietnam, where one third claim to never shop online, and those who do, tend to allocate less than 10 percent of their monthly shopping expenditure,” Eddy said.

Books are the most popular online purchase among Indonesians, with 38 percent saying they would buy a book online at some time during the next six months.

“Amazon.com boosts online book spending in Indonesia because the Web site provides security and trust. Also, it’s easier to look for books in English [at Amazon.com] rather than the translated version,” Eddy said.

Online retailers have been eagerly eyeing the nation’s massive, untapped market, as low broadband penetration and a lack of trust in the security of payment systems held back online shopping in a country whose wired population is expected to explode from an estimated 30 million now to 150 million.

Japanese Internet company Rakuten and PT Global Mediacom in May announced they were planning to launch a joint-venture online shopping mall in Indonesia this year.

Meanwhile, PT Telekomunikasi has invested $2 million to develop Plasa.com — an e-commerce portal that aims to attract 1,000 merchants and have a million products for sale by the end of the year.

Andi S Boediman, chief innovation officer at Plasa.com, said he expected the number of merchants and items on the Web site to rapidly multiply by the end of this year.

“We have around 1,600 merchants selling 16,000 items since our opening on April. We’re expecting that the number [merchants and items] could grow up to fivefold,” Andi said.

Contrary to Nielsen’s survey, Andi said that the most preferred method of payment on Plasa.com was by credit cards and bank transfer.

“Security is the biggest concern. To ensure security, we check every transactions manually by telephone,” he said.

He said that online shopping had not yet reached a mass market level in Indonesia, but that it was growing in terms of peer-to-peer sales.

Eddy said that the Nielsen survey found that security remained the top concern of consumers, with recommendations from family and friends being the most trusted sources when making a purchase.

Paypal was the most preferred method of payment, followed by debit card, bank transfers, and credit cards.

“Banks have to be more creative so that international portals will accept Indonesian credit cards,” she said.
Posted by Unknown 2 comments:

Email ThisBlogThis!Share to TwitterShare to FacebookShare to Pinterest
Labels: ecommerce 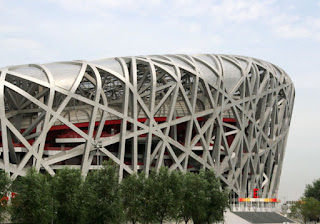 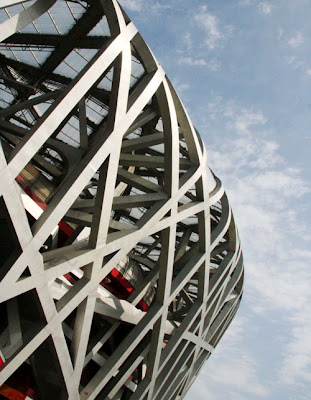 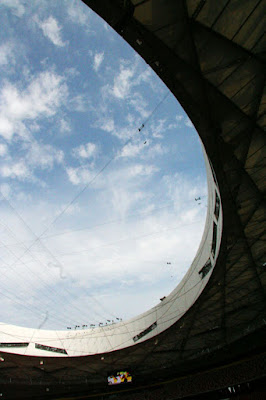 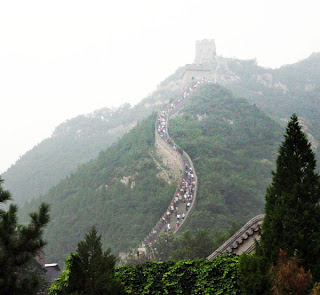 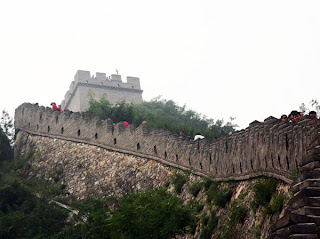 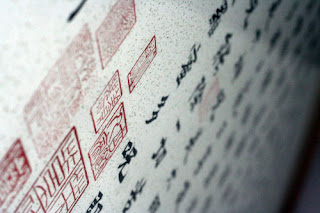 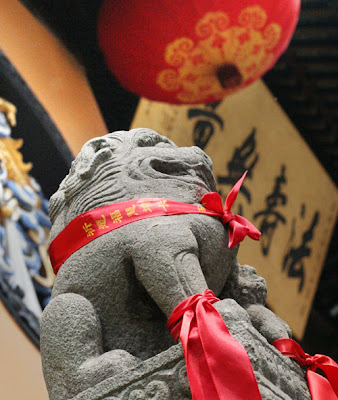 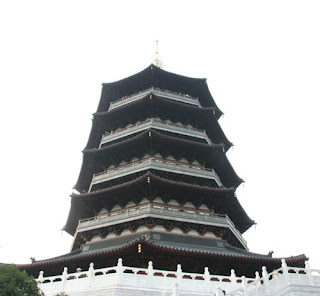 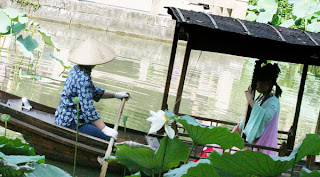 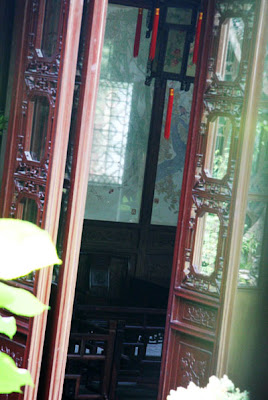 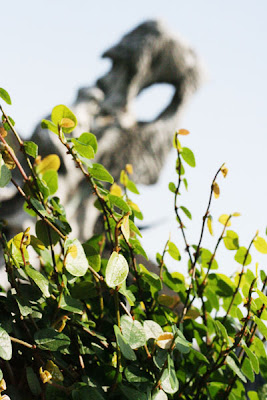 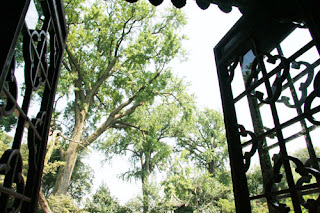 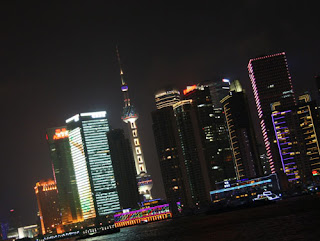 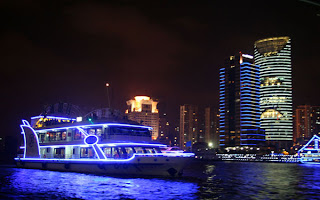 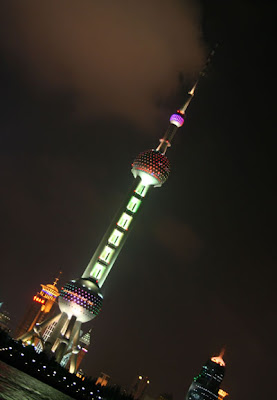 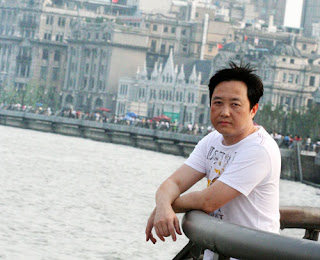 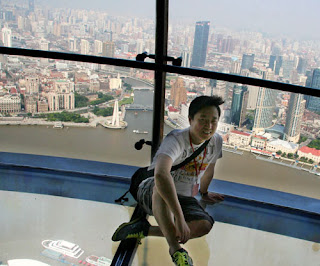 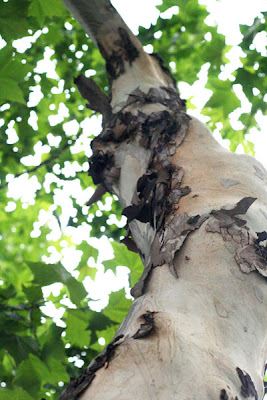 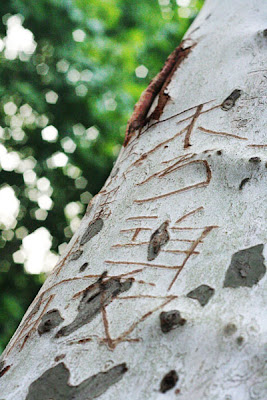 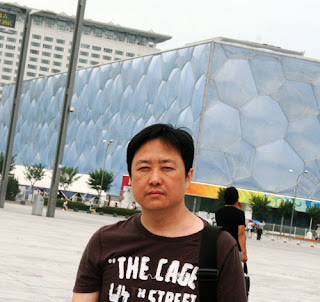 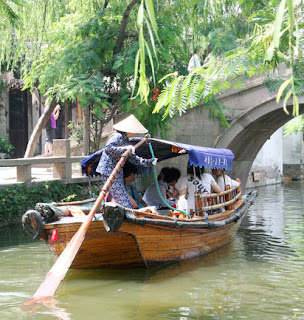 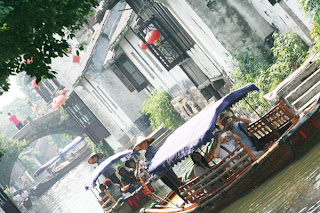 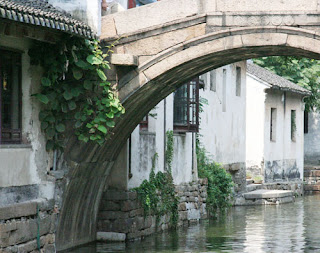 Email ThisBlogThis!Share to TwitterShare to FacebookShare to Pinterest
Labels: travel

Batik Fractal, an Inspiration from Indonesia

In this Visibly Smart film, contemporary Indonesia is revealed through the eyes of batik fabric and clothing designer, Nancy Margried. Batik is a fabric dyeing and printing method dating back as far as the 6th century and remains a treasured cultural symbol of Indonesia. UNESCO designated Indonesian batik as a Masterpiece of Oral and Intangible Heritage of Humanity in 2009. Nancy's Bandung-based design atelier, Batik Fractal, is reinventing batik design with 3D modeling software her team created while maintaining much of the traditional production process. The film illustrates how everyday people can realize their creative ambitions while remaining true to their culture through the use of technology.

Bubu.com, an Indonesian digital agency was appointed to adapt this Visual Life global campaign and find the Indonesian heroes that reflect the marriage between inspiration of culture and technology. We believe that batik, our true heritage and culture, should be portrayed in this vignette. Collaborating with Nancy Margried as the creator of Batik Fractal, the story of Indonesian inspiration and craftsmanship translated into this beautiful story. The vignette is brilliantly shot and executed by an Amsterdam production house and I am honored to be part of this story creation. Intel is truly a great client to work with, that enabled the Indonesian inspiration to be told and shared. 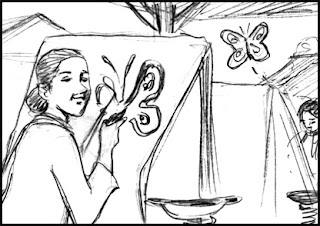 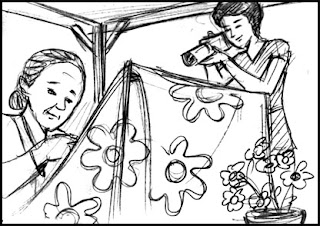 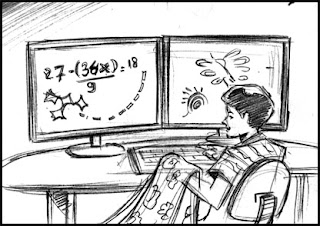 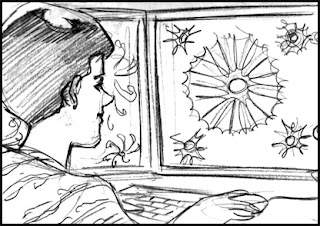